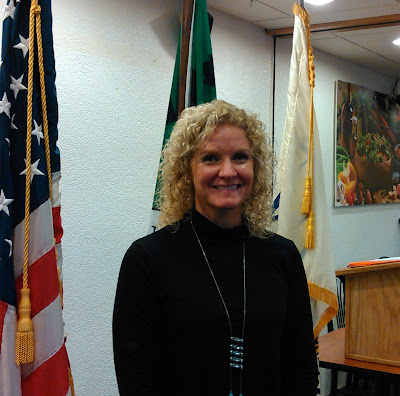 Posted by Greenfield Kiwanis at 5:28 PM No comments:

Greenfield Mayor Chuck Fewell reported accomplishments in 2016 to Kiwanis.  He noted it was the first year of the 4 year terms he had been elected to,

The City paved ten miles of streets.  The city has 108 miles and in the past has sometimes been limited to only one or 2 miles of repaving.

The Potts ditch reconstruction was completed.

The city negotiated the use of several private parking lots in the evening hours for public parking.

The State of Indiana granted a Main Street Revitalization Project grant to to Greenfield for $500,000.
Posted by Greenfield Kiwanis at 10:19 AM No comments:


Posted by Greenfield Kiwanis at 4:30 PM No comments: 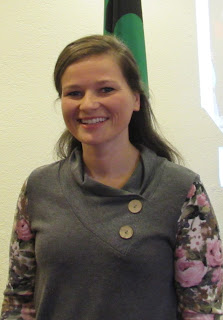 Cristy Corwin-Howard, Director of Hearts Ablaze Clogging presented a program on the group to Kiwanis.
Hearts Ablaze is a Christian clogging group open to children of various ages.  It was founded in 2008 with 12 members and now has 86 cloggers.  The high school members have helped a group of disabled adults from Shares Inc. learn to clog.
The group has appeared at the Circle of Lights on Monument Circle.  The group has traveled to and performed in Gatlinburg and Branson Missouri.  For more information see their website at http://www.heartsablazeclogging.com/.

Posted by Greenfield Kiwanis at 4:45 PM No comments: