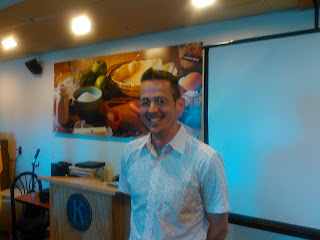 Chris Sickels, the artist of Red Nose Studios in Greenfield spoke to Kiwanis and showed examples of his work and creative process.  Chris, a Winchester, Indiana native began his artistic career while in high school  where he was encouraged by his family and art teacher to pursue his art.  He then attended the Art Academy of Cincinnati.


Chris works as a commercial artist, book illustrator, sculptor, and does stop motion animation.  He recently completed illustrations and animation for the book “Secret Subway” by Shana Corey.  His work has also appeared in the New Yorker, Angie’s List magazine, and on Main Street in downtown Greenfield.  A video animation is featured in the new Fulton Street Station of the New York MTA and a print from that video is featured on some Subway trains.


Chris and his wife live in Greenfield with their four children.  More information can be found at http://www.rednosestudio.com/. 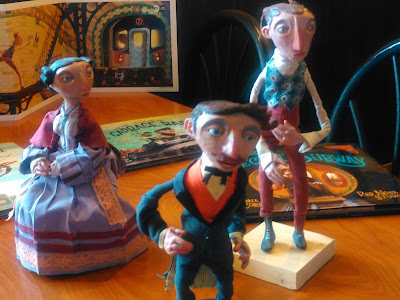 Posted by Greenfield Kiwanis at 5:03 PM