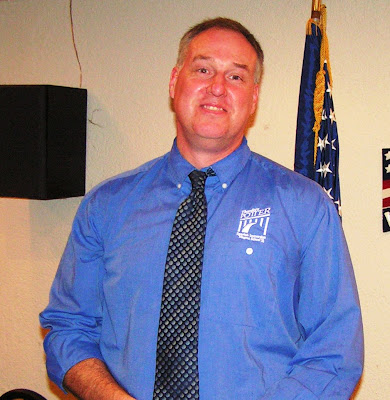 Tim Clevenger, Principal at Theodore Potter, IPS School 74 spoke to Kiwanis about the challenges of urban education.  School 74 is an IPS Kindergarten through 6th grade Spanish Immersion magnet school.   Clevenger is completing his seventh year as principal of the school.  The school received the Top Gainer School Award in 2007, 2008, and 2010.  It received National Magnet School of Distinction in 2009 and National Magnet School of Excellence Award in 2010 and 2011.  Half of the school day is taught in English and the other half is taught in Spanish to all students.  The Spanish portion is taught by teachers who speak Spanish as their native language.

Clevenger used data from the IPS districts, Hamilton Southeastern and Greenfield-Central school districts to show the demographics of his school in comparison to suburban schools.  Children in poverty in Marion County are 28.2%, 8.0% in Hancock County, and 5.8% in Hamilton County.  He also contrasted English language learner, free and reduced lunch and special needs populations. 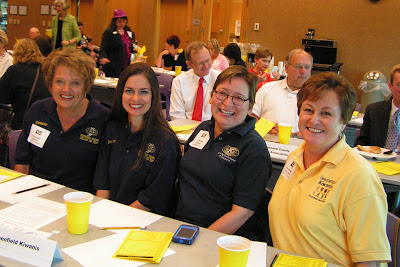 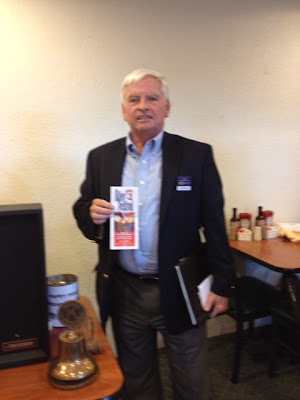 Tom Billings, President of the Riley Festival spoke to Kiwanis about the 2012 festival whose theme is “The Bear Story”.  The 43rd annual festival will occur from October 4 through the 7th in downtown Greenfield.  Approximately 475 booths will feature food, artisans, crafts and games.
New to this year’s festival will be the quilt and photography will be displayed in the courthouse annex.  The fine arts will be on display at the Crazy Lake Art Center.
The flower parade began in 1912.   The festival began in 1970 and has been a member of the state festival association since 1975.  The Riley Festival is featured on the cover of this year’s  Indiana State Festival Association booklet.
A full list of activities can be found on the festival website www.rileyfestival.com

Posted by Greenfield Kiwanis at 5:18 PM No comments: