We have again suspended meetings.

Books on Brains Thank you from Library


Click on the words Thank you to see details:

Thank you from the Library for Books on Brains

Posted by Greenfield Kiwanis at 3:00 PM No comments: 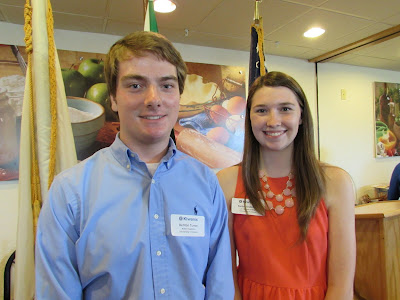 The Kiwanis Club of Greenfield presented Benton Turner and Bailey Anderson with $1,000 scholarships.
Benton Turner received the Robert Eagleston Business Scholarship.  Turner recently graduated from Lutheran High School and will attend DePauw University.
Bailey Anderson received the Dr. William Griffing Science Scholarship.  Anderson recently graduated from Mt. Vernon High School and will attend the University of Southern Indiana.
The scholarships are named after the late Robert Eagleston who was a Greenfield Businessman and the late Dr. William Griffing who was with Eli Lilly and Co.  Both were long time Kiwanians.
Posted by Greenfield Kiwanis at 5:08 PM No comments: 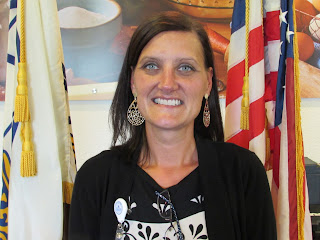 Laura Titara, Community Lifestyle Director for Springhurst Villa's at the Healthcare Campus told Kiwanis about 24 Villas about to open.   Each villa is a 2 bedroom, 2 bath, 1400 square foot home designed for people over age 55 who are rightsizing.   Multiple amenities and activities are included in the monthly rent such as bi-weekly housecleaning, lawn maintenance and snow removal, and priority status to use other healthcare facilities on the campus.

For more information see the brochure by clicking HERE.

Posted by Greenfield Kiwanis at 5:15 PM No comments:

DONATIONS TO RELAY FOR LIFE

Donate to Kiwanis Relay for Life Team by Clicking HERE

Posted by Greenfield Kiwanis at 6:46 AM No comments: 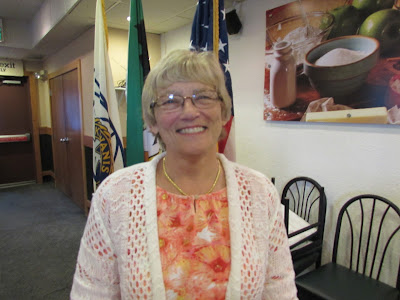 Barb Kauchak, Nameless Creek Youth Camp board member and Kiwanan told of the PIN Camp that will take place next week.   PIN Camp is about plugging into nature at the camp during the day camp.  The day camp has 48 registered campers.  There is a need for paper products especially heavy paper plates, 10 oz red plastic solo cups, plastic utensils, paper napkins, and paper towels.
Posted by Greenfield Kiwanis at 5:13 PM No comments:

Club members enjoyed good weather at the Hancock County Public Library's Books on Brains contest.  The original objective was to have 1,000 people walk 5 1/2 yards balancing a book on their head to break a Guinness World Record.  Only about 700 were present so we set a North American record but failed at the World Record.
Posted by Greenfield Kiwanis at 5:08 PM No comments:

When we restart in person meetings they will again be at the Lincoln Square Pancake House. Please check this space or FaceBook to keep up with the schedule.