Dave Heller, a local retired educator and lifelong resident of Hancock County, entertained Kiwanis with various Hancock County facts and personal trivia.  Mr.Heller first appeared on stage in Greenfield in 1943 at age 3 and said his only other time on stage was at Ex Caliber in Las Vegas.
Among the facts shared by Mr. Heller were the most common birthdate in Northern Hemisphere is September13 and in the Southern Hemisphere is March 13.  The least common birthdays in the United States are Christmas Day and the Fourth of July.
Harry Truman, President of the United States gave a speech in Greenfield in October, 1948.  Dave had to gain permission of his Republican father to attend.
Dave told us that at one time there were restaurants on every corner in Greenfield.  One, Faris  Lunch was a stag establishment that specialized in wet tenderloins and brain sandwiches.  He remembered that there were spittoons everywhere including the bank.  In 1958, Dave met his wife at Crider’s Drive In.
Many notables were mentioned including the late Jack New who served as Chief of Staff for the Governor and was State Treasurer; Dick Strickland, grocer who delivered to your home; and National Defense Attorney Melvin Belli.
Posted by Greenfield Kiwanis at 5:44 PM No comments: 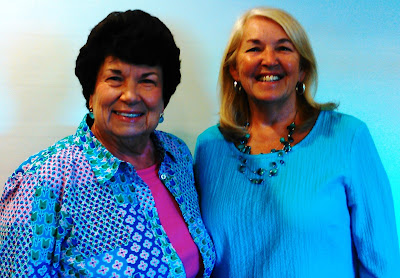 Kiwanians Susie Broome and Sandy Miller traveled to Cuba in 2017 and shared pictures and reminisces of their trip with the Kiwanis Club on Tuesday evening.  They left in late January and returned early February, 2017.  They stayed in private residences that were outfitted for tourists.  Sandy stayed in a 4 bedroom home that had their two "house mothers" who took care of the breakfast, cleaning and provided happy hour.  Susie stayed in a separate home with 6 bedrooms a short distance away.
They visited many sights in Havana as part of cultural visa program.  Among those are Hotel Nacional de Cuba, San Cristobal Paladar (restaurant), an architectural tour of the old Havana, a Catholic Cathedral, a Muslim Mosque, and the Revolution Museum.
Only cars manufactured and purchased prior to 1959 are permitted to be privately owned.  Classic 60 year old US cars are tenderly taken care of and passed down in families.  These cars are available for tourists to rent as taxis and usually driven by an owner or part of the owner's family.
They visited many areas in Havana including an art colony named Fusterlandia and some towns outside of Havana, Cienfuegos and Trinadad.  They visited the Hemingway hotel and the Hemingway house.  They spent three hours at the Copocabana nightclub.  They noted the average Cuban is grateful to Castro for the educational system and healthcare he brought to the common man.  They summed up their trip with the quote, "Travel and change of place impart new vigor to the mind."
Posted by Greenfield Kiwanis at 5:25 PM No comments:


Elaine Hilton, President of the City of Greenfield's Mayor's Youth Council addressed Kiwanis and told us of the Council's formation, activities and progress.  Mayor Chuck Fewell asked former GCHS principal Steve Bryant to name 10 students to a Youth Council to advise him on the thoughts of younger citizens.  Mayor Fewell said one of his goals is to find out what Greenfield needs to make students to remain here or return her after graduation.

Miss Hilton noted the Council meets every other Wednesday each month.  One of their first activities was a survey of the high school students.  The survey turned up a desire for more affordable and healthy food choices as well as need for a rec center/sports center.  Jenna Wertman, Assistant director of Planning for Greenfield and the liaison to the Council noted that the city is trying to make surveys more inclusive by making sure they get to youth as well as other parts of the population

The Council helped to nominate new members for this year but has decided to include High School  faculty members suggestions as well.  .
Posted by Greenfield Kiwanis at 4:30 PM No comments:

Bard Roark updated her fellow Kiwanians about the activity at the Library.  The youth summer reading program enrolled over 1,000 children who read over 800,000 minutes over the summer.  She noted that the Kiwanis Club of Greenfield began donating children's books 10 years ago to the Library and over that 10 years we have donated 818 books valued at $8,408.  The first book to be donated in 2008 was Fancy Nancy and the Posh Puppy. 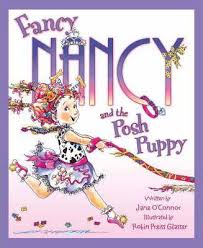 The book was donated by the late Nancy King who was a Past President of Kiwanis. Kiwanians since then have donated children's books to the library in the month of their birthday.

The Library is adding a new building in New Palestine to house the New Pal branch.  The new building will have a separate children's section and a larger meeting room.  The building will be owned by the Library rather the former space which was rented.   The children's section in Greenfield saw the large ship sail away and it was replaced with buildings for the children to play in including one labeled Dr. Rea Building in honor of the donor who provided money for the children's room and the New Pal building.

The Friends of the Library will be conducting their book sale August 16-20 at the main library.

Posted by Greenfield Kiwanis at 5:13 PM No comments:

Kiwanis at Chamber of Commerce 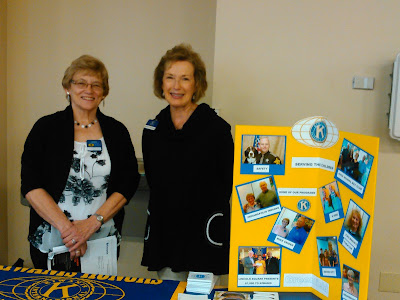 Posted by Greenfield Kiwanis at 12:54 PM No comments: