The Voice of the Indianapolis Indians

Howard Kellman, Voice of the Indianapolis Indians, returned to Kiwanis to ask Trivia questions and talk about past Indians and other baseball players.  Kellman visited the club in 2016 and 2017 and provided an entertaining evening again,
He began his presentation noting that the MLB season begins in two days and that "the hope of spring days often ends in the nights of summer,"
The Indians organized in 1902, are affiliated for the second time with the National League, Pittsburgh Pirates.  The Pirates were the affiliated from 1948 until 1951 and again starting in 2005.   The Indians lead the minor league teams in paid attendance.
Kellman stated that umpires begin each game by saying, "play ball not work ball."
Kellman played a trivia game with the club members and then spoke about players on request.  He spoke about Carl Erskine, Roger Maris, George Foster, Roberto Clemente, Razor Shines, Johnny Bench, Mike Schmidt, Dave Concepcion, Gil Hodges, and Roy Campenella.
Kellman ended his presentation with, "Let's play ball."
More information on Kellman can be found at howardkellman.com.
Posted by Greenfield Kiwanis at 5:31 PM No comments:


Sean Beuhler presented an overview of his various adventures that range from being a student at Indiana University, where he founded a not-for-profit; his hobby of rock climbing; his medical missions to Guatemala; his current career as a Teacher at Brebeuf Prep in Indianpolis; and his next challenge as a medical student next fall.

Sean began Rock Climbing 5 years ago and combined this new hobby with his love for travel.  He has traveled to Arizona, Hawaii, South Dakota, Kentucky, Canada, France, Mexico and Guatemala.

He spent 40 days in British Columbia camping outdoors near or on a glacier and afterward on a sailboat.  While participating as a student assistant on a medical  mission to Guatemala he was able to climb a volcano and witness another volcano erupt.

Posted by Greenfield Kiwanis at 5:14 PM No comments: 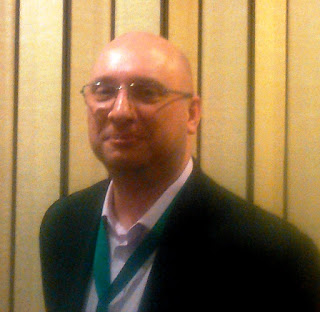 John Jokantas, Director of Communications for Hancock County E911 office spoke to Kiwanis about the 911 services and different programs.
Smart911 provides user supplied medical, medication, location, vehicle and emergency contact information to emergency personnel and dispatchers.   Anyone living in Hancock County can register at smart911.com  and provide as much or little information as they wish.  The information is only available when a device registered to an account contacts 911.
RAVE Panic,  with the push of a button on a phone, the Rave Panic Button app immediately dials 9-1-1 , while simultaneously sending notifications to people on-site of the incident.  This can be used in schools for an active shooter and notify law enforcement personnel in the area so they can respond from wherever they are.
PulsePoint,  alerts CPR-trained bystanders about a nearby Sudden Cardiac Arrest  event through the free PulsePoint Respond mobile app, and lets them know the location of the closest AED.
To register for the smart911 and provide emergency responders with your personal information click here.
Posted by Greenfield Kiwanis at 7:00 PM No comments: 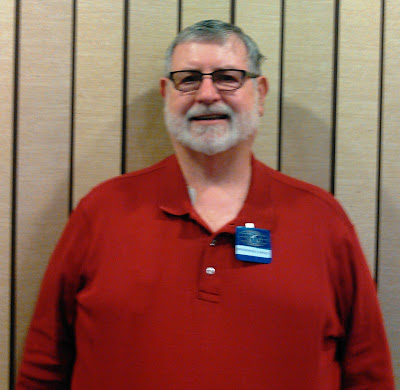 Meredith Curtis a new member of Greenfield Kiwanis but longtime Kiwanian introduced himself to the club,  Meredith was born in Marion.  He then moved to Roll Indiana where he attended school.  He then went to Purdue University where he received  a degree in Education.   He told of working with his grandfather on the farm while in school.  After school he became involved in industrial manufacturing and with additional education he became a Quality Engineer. It was while working in Montpelier, Indiana that he first joined Kiwanis.    He traveled throughout the United States, Canada and Mexico for the companies he worked for and moved to Greenfield in 1993,  He continued to live here until he moved to a plant in South Carolina where he retired, He then returned to Greenfield and recently joined our club.  He enjoys photography and has an extensive collection.  He also enjoys sea cruises and has been at sea over 180 days.

Posted by Greenfield Kiwanis at 5:11 PM No comments: