Michael Reeves, President of Greenfield Area Soccer Club told Kiwanians about the youth development aspects of the club and it's operations.  Hancock Soccer Club was formed in the 1980's and played at a variety of fields around the County,  In 1992, Greenfield Area Soccer Club was formally organized in cooperation with the City of Greenfield Parks Department.  Recreational Soccer and developmental travel soccer were placed in the club's portfolio.  The games were played at the new Brandywine Park on the south side of the city.

Currently the Club serves over 1500 youth soccer players in to some adults in Recreational Soccer, Academy Soccer, Futsal, Soccer Camp, Adult League, Top Soccer for physically challenged players, GASC/DARE 5K Cross County 5K, and Lacrosse.  For information on the club and participation in any of their programs see greenfieldsoccer.org.

Posted by Greenfield Kiwanis at 5:08 PM No comments: 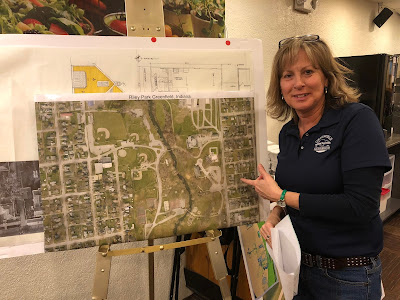 Ellen Kuker, Greenfield Parks Superintendent talked to Kiwanis about the 9 parks that have over 400 acres of parks and 21 facilities,   The Parks departments has 9 full time and 80 seasonal part time employees and partners with 35 clubs, schools and businesses,  327 volunteers give time to the parks,  The parks department is currently installing a $1.94 million splash pad addition to the Riley Park Pool as the first phase of the pool remodeling,  For more information on the parks, facilities or programs see www.greenfieldin.org/parks.

Posted by Greenfield Kiwanis at 11:39 AM No comments:

Greenfield Mayor Chuck Fewell told Kiwanians about the state of the City of Greenfield.
The mayor highlighted the following:

Posted by Greenfield Kiwanis at 11:15 AM No comments: 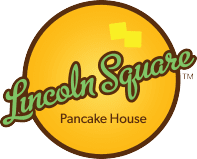 Lincoln Square Pancake House in Greenfield hosted the first annual Kiwanis Pancake Day and donated $1,000.00 to the Kiwanis Club.  The Pancake Day was Monday, February 19.
Posted by Greenfield Kiwanis at 10:45 AM No comments: 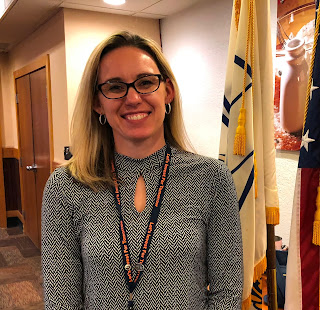 Kiwanians heard about Healthy 365, a community health initiative at Hancock Health from  Amanda Everidge.  Amanda is a life time resident of Hancock County.  She received her Bachelor’s Degree from Purdue University in 2002 in Psychology, at which time she began working in community mental health. She received her Master’s Degree with the IU School of Social Work in 2009. She has been with Hancock Regional Hospital since 2010 serving many roles including: Therapist on Reflections, Social Service Coordinator for ER, Women’s/Children’s Unit, and Outreach, and Hospice care. In 2016, she began working for the Hospital Foundation in the Population Health Department-implementing two new programs: Hancock County System of Care and Hancock Health Congregational Network. In February 2017, she moved into the Healthy Community Manager role and has incorporated her two initial programs into the overarching healthy365 initiative. Amanda has a strong passion for health and wellness and works every day to help empower and motivate others to see that small changes in environment and behavior can have a huge impact on quality of life.
Posted by Greenfield Kiwanis at 3:16 PM No comments: