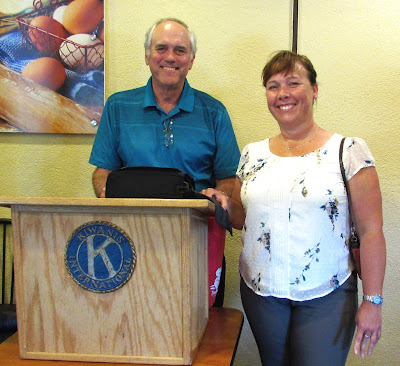 Shelley Swift, Executive Director of Greenfield Main Street spoke to Kiwanis about the organization and it events.  Main Street helps coordinate downtown development and revitalization by making grants available for minor facade improvements and with the help of grants larger downtown facade projects.  In 2018 Main Street helped several organizations 10 organizations receive over $500,000 in grants from OCRA resulting in a total downtown investment of over $725,000.

Posted by Greenfield Kiwanis at 5:02 PM No comments: 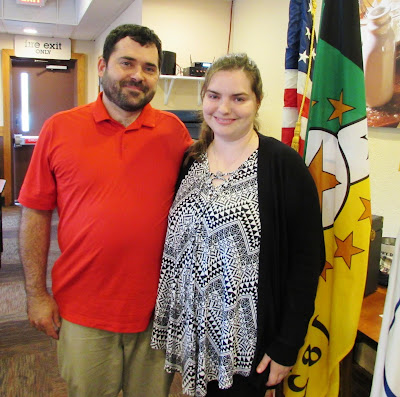 Charlie and Leslie Dickson shared their journeys through the adoption process, foster parenting, and parenting with the Kiwanis.   In 2006 Charlie and Leslie had their first child.  After William's birth they were told they probably would not have anymore.   They started taking in foster children to care for and at the same time reduced their personal debt levels through a Dave Ramsey program.
Five years later,  Ann was born to them,  their second.   They decided they wanted to adopt, but the amount of money was still a problem.  Suddenly money unexpectedly came in at the same time from multiple sources.   Charlie was sent to Italy by his employer, Nestle SA and while there visited a missionary family in the Ukraine they met through church.
Several were required visits before finalizing adoption they stayed with the missionaries and they helped a local church in Ukraine while waiting,  They received a court date instead of 8 and had the 30 day wait waived.  They now have have 4 children William, Ann, George, and Edward, have adopted Lidia and Vitali, and also had 2 nieces and nephew whom they cared for.  They had the help of several agencies, including Kids First Adoptions, Across the World Adoptions, The Villages , Hancock County DCS and Safe Families.
Posted by Greenfield Kiwanis at 3:19 PM No comments: 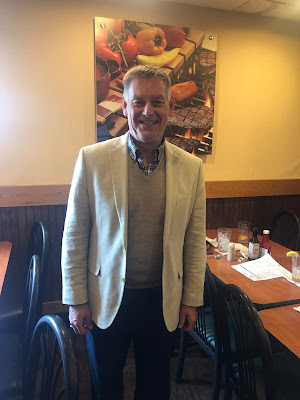 Randy Sorrell, Director of Hancock County Economic Development Council, a non-profit, spoke to Kiwanians on Tuesday, June 11. He is originally from Henry County and practiced law for most of his career. He joined the Economic Development Council in 1999 and became Director in January 2019. . They brought in an intern from Ball State who’s hometown is Greenfield. They see a lot of growth along I-70 and Mt. Comfort Road corridors.


Posted by Greenfield Kiwanis at 2:16 PM No comments: 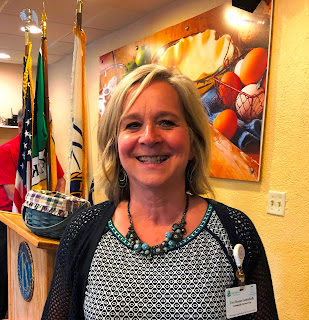 Teri House Gottschalk from Springhurst Health Campus spoke to us about Senior Living and Springhurst here in Greenfield. We learned that “nursing home” is an outdated term, because there are several levels and variations of senior living from living in your own home to Adult Day Care to Facility Based Long Term Care among others with various costs associated. Springhurst is the only Full Continuum (has all levels of care) in Hancock County. Teri suggested making these decisions before you need to experience them. She also encouraged us to visit any site you may be considering rather than relying on Internet reviews which may be false. Beyond Medicare & Medicaid, these services can be paid for with VA Aid, Long Term Care Insurance, and personal funds. Resources for help beyond your physician include:
Senior Services-SHIP Counselor (317) 462-3758 or 1870 Fields Drive in Greenfield
Hancock Co. Veterans Service Office (317) 462-8767 or 98 E North Street in Greenfield
Alzheimer’s Assoc. alz.org, (317) 575-9620, 50 E. 91st Street in Indy, or the 24/7 helpline 18002723900
Medicare.gov
Posted by Greenfield Kiwanis at 12:31 PM No comments: