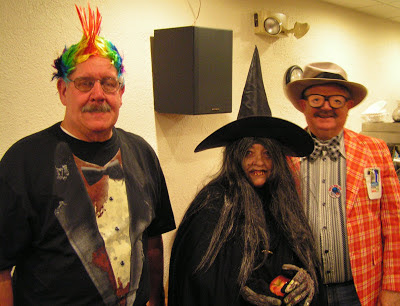 Scott Kleine, Martie and Dave Crider in costume at Tuesday's Halloween party.
The October 30 Kiwanis meeting was a Halloween Party.  Several members came in costume.  After dinner the members tried to guess how many pieces of candy were in a jar.  Jan Jackley won the contest with a guess of 197 and there being 198 pieces.  A Halloween Trivia quiz followed with members answering questions about the Great Pumpkin, Batman,  Wolfman,  and Dracula.  Julie Dishman and Marcy Hoffman led a team charades contest.
Posted by Greenfield Kiwanis at 5:28 PM No comments: 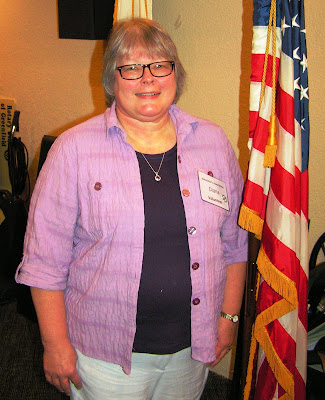 Diana Dijak, a volunteer with the Alzheimer’s Association of Indiana spoke to Kiwanis about the disease and her experience with her husband who has the disease.   The Association’s mission is to eliminate Alzheimer’s disease through the advancement of research; to provide and enhance care and support for all affected; and to reduce the risk of dementia through the promotion of brain health.

·         Alzheimer’s Association TrialMatch that helps people locate trials based on diagnosis and location,


Posted by Greenfield Kiwanis at 5:04 PM No comments: 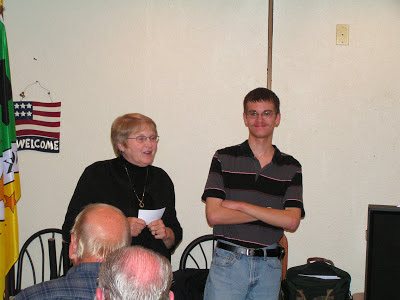 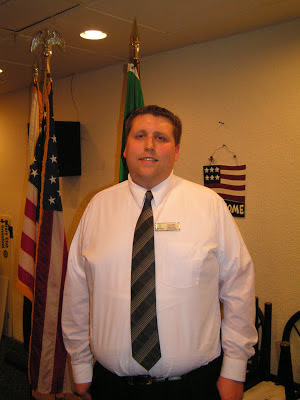 Greenfield Kiwanis inducted their newest and youngest member, Jacob Arland, at their regular meeting on Tuesday.  Jacob is a recent graduate of Greenfield-Central High School where he was an active member of the Key Club, a Kiwanis sponsored youth organization.

Jesse Keljo, Adult Services Manager of Hancock County Public Library told the club about the services that the library offers beyond what you can find using the Internet.   The library offers research assistance that can help you filter the information.  In addition the library offers many services and products not available to the general public for free.

Genealogical research can be performed using the resources available in the Local History/Genealogy Room .  The room houses newspapers on microfilm from 1860 through the present, county, death records, school yearbooks,  and cemetery records for the local area.  In addition numerous online database genealogy resources are available at the library and through the library website including Ancestry Library edition.


Posted by Greenfield Kiwanis at 5:29 PM No comments: 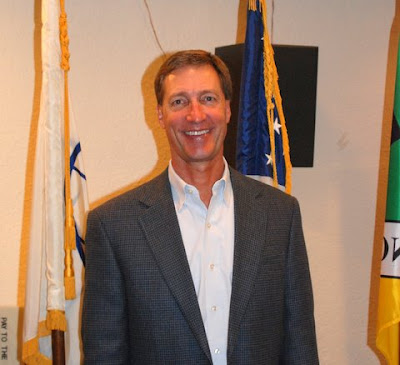 R.Scott Waddell the Commissioner Indiana Bureau of Motor Vehicles was theguest speaker at the Kiwanis meeting Oct 9th. Waddell spoke about the continued drive to improve operational efficiencies and customer services  thru more responsive center for phone inquires. He has also implemented branch visit monitoring technology and touch screen computers for knowledge testing. He has overseen the upgrade of the myBMV.com website and increased customer communication about the customer choice program. As a result  the BMV is seeing over 50% of all transactions are completed online.

Posted by Greenfield Kiwanis at 4:59 PM No comments:

Kiwanis at the 2012 Riley Festival 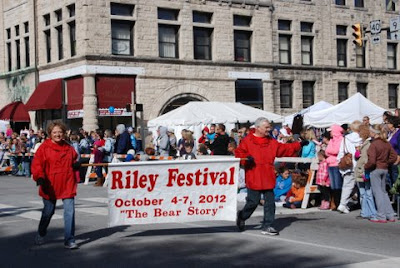 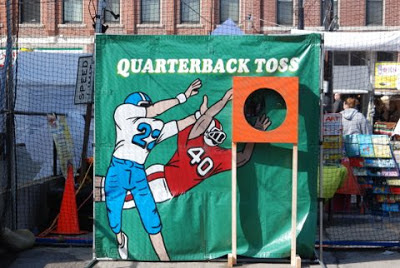 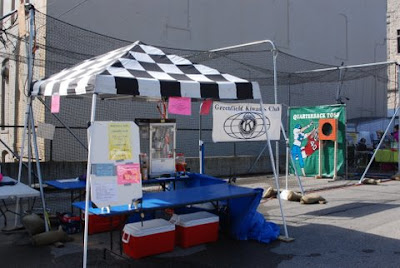 Posted by Greenfield Kiwanis at 4:54 PM No comments: 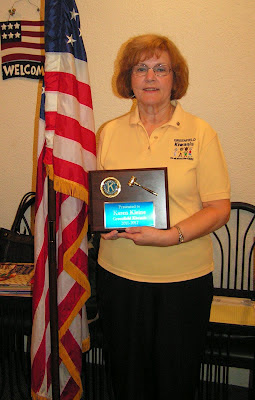 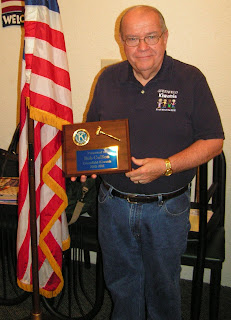 Bob Gullion President 2010- 2011
Bob Gullion, Kiwanis Club president from 2010 - 2011 and Karen Kleine president ftrom 2011-2012 were pesented with plaques honoring their services to the Greenfield Kiwanis club at the conclusion of the officer's installation October 2.
﻿

Posted by Greenfield Kiwanis at 5:41 PM No comments: 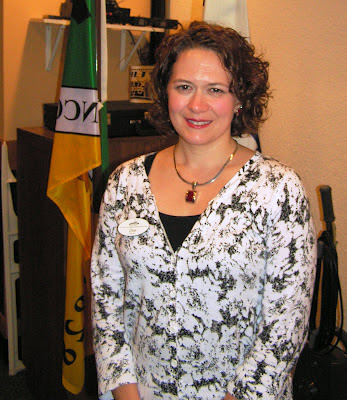 Dee Dellacca, owner of Second Seasons consignment shop in downtown Greenfield spoke to Kiwanis about her family’s decision to move to Hancock County and their founding o Second Seasons.   Dellacca received her undergraduate degree from Indiana State University and her MBA from Indiana Wesleyan.  She and her husband chose to move to Hancock County in 2005 from another community in central Indiana.  They chose Greenfield after visiting many other communities surrounding Indianapolis.
Second Season opened in 2008 at 22 East Main Street with about 1,000 square feet including storage.  They now have almost 3,000 square feet.    The shop accepts items they think will sell on consignment. When the items sell, the seller will receive 40% of the selling price.
Clothes that do not sell after 60 days are either returned or donated to various charitable groups such as Give Back, Hope House or Circles of Life.
Second Seasons website provides more information at http://www.2ndseasons.com/