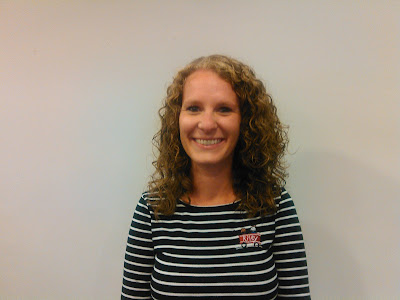 Amber Miller of the Riley Children’s Foundation spoke to Kiwanis about the support Kiwanis has given to Riley Children’s Hospital over the years and the current Kiwanis initiatives with the Hospital.  In Hancock County in 2011, Riley served 210 children as inpatients and 2,939 children received outpatient service.
Kiwanis clubs statewide began raising money for Riley Children’s Hospital in 1919, five years before the Hospital opened.  In 1930, a specialized 50-bed unit, the Kiwanis K-Wing, opens primarily to care for children with orthopedic difficulties.  In 1958, The Kiwanis Diagnostic and Outpatient Clinic opened. The helipad, an elevator, a mobile NIC unit, pediatric diabetes research and many other projects have been made possible by contributions from Kiwanis.
Currently the campaign for Riley from Kiwanis is the 3 wishes campaign,  The campaign is to support children with autism and related disorders by:
·         Reduce the age of diagnosis from 63 months, nearly double the national average
·         Reach ALL children in the state by establishing regional hubs for diagnosis
·         Raise awareness statewide
Kiwanis has pledged over $1 million dollars to make these three wishes come true.
Greenfield Kiwanis supports Riley Children’s Hospital with funds provided by the Easter Candy Carrot sales and from other fundraisers as well.  For more information on Kiwanis and Riley see http://www.indkiw.org/news/riley-hospital-for-children/.
Posted by Greenfield Kiwanis at 5:37 PM No comments: 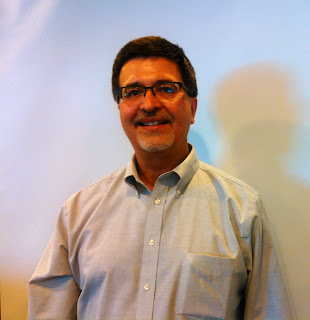 Bill Huffman, CEO and Founder of Photon Automation talked to Kiwanis about his company and the Industrial Revolution 4.0. Huffman gave overviews of the previous version of the Industrial Revolution and the changes that occurred in society.  In each version Huffman emphasized that the successful  nations and businesses were those who performed cheaper, better, and faster.   In the Industrial Revolution 3.0 or the digital age advanced manufacturing began,  In version 4.0 the Internet of Things come to the forefront where all processes, systems, and machines communicate and improve each other.  This enables smart factories, collaboration of robots, and eventually better transportation with autonomous vehicles.

Huffman stressed the need for new workers who are trained in Science, Technology, Engineering and Math to be able to work with the systems and processes of Industrial Revolution 4.0. Photon Automation has facilities in Greenfield, Frankfort, and Newburgh Indiana.
Posted by Greenfield Kiwanis at 5:38 PM No comments: 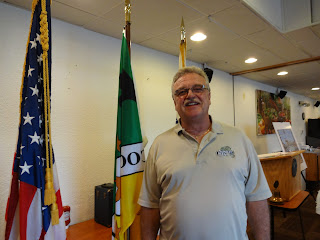 Jerry Bell spoke to Kiwanis recently about Nameless Creek Camp.  He reminded Kiwanians that they were one of the original groups to fund and sponsor the camp 65 years ago.  Kiwanis had been one of the continuing supporters over the years.
They are currently working on projects; Pin Camp, the building of a lodge, and a book of the history of Nameless Creek.  The book is due soon and will sell for $10 a copy with funds going to help support the camp.  They plan to provide the book to all area schools and the library.
Pin Camp (Plug into Nature) is for children grade three through five and runs July 10-14.  The cost is $80 per child with scholarships provided if needed.  It serves 50 campers and is directed by Martha Haynes with help from many volunteers, some from Kiwanis, and six high school counselors.  It is an all volunteer effort.
Posted by Greenfield Kiwanis at 1:03 PM No comments: 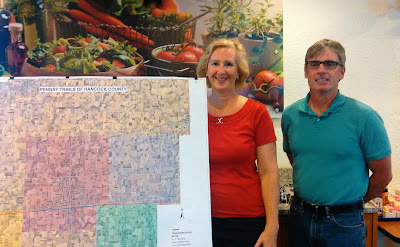 The group is attempting to raise money to accomplish this.  They recently held a Pennsyville Pary and will be hosting a Pennsy Fling on Saturday, August 5 from 4 to 8 pm at the Preserve Clubhouse in New Palestine.
For more information on  the group see PennsyTrailsofHancockCounty.org

Posted by Greenfield Kiwanis at 5:17 PM No comments: