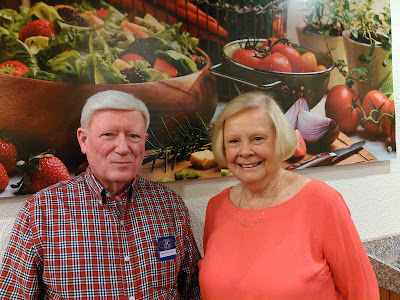 Drew and Judy Mulligan, new members of Kiwanis, introduced the club to their background in the Meet Your Kiwanians meeting.  Judy is a lifelong resident of Hancock County, graduating from Hancock Central and attending Ball State University.  She began work as a summer employee of Eli Lilly and Co, and retired from there.
Drew moved from Detroit to Greenfield in 1952, graduating from Greenfield High School and Purdue University.  He worked at Naval Avionics for 32 years and Greenfield Banking Company for 17 years.  They both enjoy golf and following Purdue University athletics.  They are members of Bradley United Methodist church.  They have one son and two granddaughters.
Posted by Greenfield Kiwanis at 5:29 PM No comments: 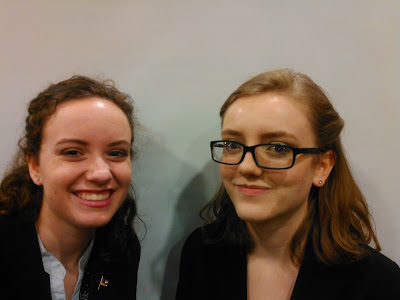 Francis Labore and Marissa Macy from the Greenfield-Central chapter of Junior States of America told about the the mission, the chapter, and the programs of JSA.  Greenfield-Central has about 20 members in their chapter, the only JSA chapter in Indiana.  The chapter was started 5 years ago.

The mission of the Junior State of America and the Junior Statesmen Foundation (JSA) is to strengthen American democracy by educating and preparing high school students for life-long involvement and responsible leadership in a democratic society.

The mission is accomplished through a leadership academy, one day conferences and three multi-state conferences call fall-state, winter congress, and spring state that offer a wide range of topics and activities to engage and inform students from all backgrounds.

Some activities offer extra class credit and some conferences offer college credit.  The students must pay for their own transportation and conference registrations.   To find more information or donate to Junior State go to jsa.org.


Posted by Greenfield Kiwanis at 4:34 PM No comments: 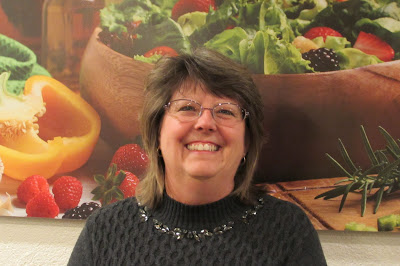 Greenfield Intermediate School librarian Cindy Kessler recently spoke to Greenfield Kiwanis members about exciting things happening at the school.  When she was first hired, the selection of fiction books was great, but non-fiction books were scarce.  Thanks to Friends of the Library at Hancock County Public Library, Ms. Kessler was able to increase student access to both kinds of books.  She has also started book clubs for after-school participation, and has had over 100 students attending this year to discuss various books of interest.  Ms. Kessler also shared that GIS library has no ebooks, only the kind students can get in their hands!
Posted by Greenfield Kiwanis at 7:20 AM No comments: 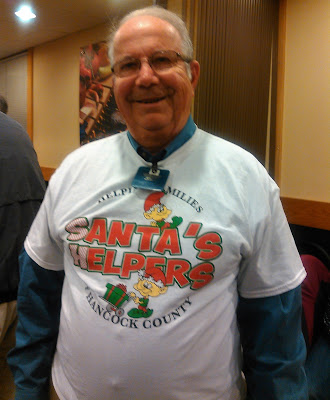 Kiwanis and Sertoma member, Steve Burt, told Kiwanis about Santa's Helpers. In 1948 representatives of service clubs and patriotic civic organizations, met for the purpose of doing something for the needy families of the community.  It was decided that they would put on a drive for used clothing, food and money to buy more food to help the needy families at Christmas time.


The help of sororities was requested. They set up a work shop in the basement of the old Columbia Hotel on East Main Street, where the ladies mended and cleaned the clothing collected.  Dr. Charles E. Sharp was selected as food chairman and collected food and money to make food baskets for the needy.
The project grew and in 1950 a better organization was formed with a President, a Secretary-Treasurer and a Board of Five Directors.  This method of operation proved very successful and the lists were compiled and turned over to the Greenfield Police Department and Sheriff, to investigate the needs of the families.  After the families had been approved for help the information was given to volunteer workers, the children were taken out of school and their needs shopped for by more volunteers.
Various agencies have stepped in to fill some of the voids over the years such as the Red Cross and the United Christmas Service, which is a United Way program.  UCS is the present clearinghouse.   Caseworkers from United Way’s partner organizations refer to UCS qualified families from their affiliated agencies.  UCS verifies these referrals to help prevent duplication of services, allowing the maximum number of people to be served.
Sertoma now coordinates the Santa’s Helpers, providing assistance to children who would not otherwise receive any Christmas.  Sertoma works with Toys for Tots.  Toys for Tots distribute toys and Santa’s Helpers shop for clothing with the children and their families. This year 142 children from 60 families were helped with each child allotted $70.
Santa’s Helpers is funded by Sertoma, other community organizations including Kiwanis, and individual donors.  Contributions can be sent Santa’s Helpers, PO Box 43, Greenfield, Indiana  46140.
Posted by Greenfield Kiwanis at 9:15 AM No comments: