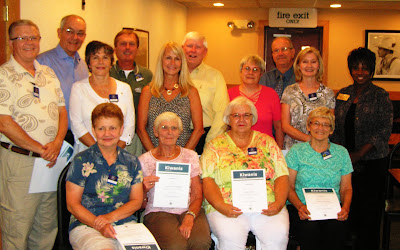 Kiwanis Indiana District Governor Elect Vanessa McClary spoke to the newly inducted members of Kiwanis.  McClary joined Kiwanis Club of Bloomington and later was a member of South Central Indiana Kiwanis Club.  McClary served for several years on the board of both clubs and was named Charter Distinguished President, as well as distinguished Secretary of the South Central Indiana Kiwanis Club. She was a Lt. Governor of the Hoosier Division for three consecutive years, Indiana District K-Kids & Builders Club Administrator for nine years and Indiana District Key Club Assistant Administrator for eight years.  She has been a Kiwanis International Distinguished member Worldwide Service Project Committee, as well as two years on the Kiwanis International Diversity Committee.  She spoke about her themes for next year for membership of Each One-Reach One with the goal that each Kiwanian will bring in one new member.


Posted by Greenfield Kiwanis at 6:00 PM No comments: 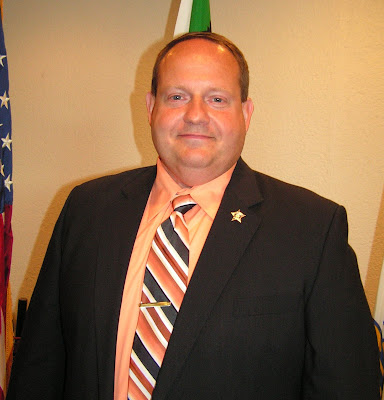 Donnie Munden of the Hancock County Sherriff’s Department spoke to Kiwanis about the neighborhood crime watch program.  Munden stressed that getting to know your neighbors was one of the most important parts of any successful program.
Specific tips to harden your home so that it is less inviting to thieves and intruders include:
·         Cycle lights on timers so that they come on and off at different times
·         Stop mail and paper deliveries or arrange for someone to collect them
·         If you have an alarm system have signs at the door or the mail box indicating that.
The Sherriff’s office will organize a crime watch meeting for a neighborhood when requested. 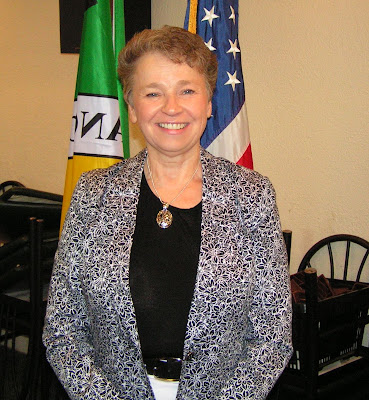 Dr. Christina Lamb, Director of the Greenfield Community Choir spoke to Kiwanis about the choir, upcoming concerts, and efforts to develop the choir.  Dr. Lamb has a Doctor of Arts degree in Choral Conducting/Vocal Performance from Ball State University.  She has directed choirs of various types and sizes since 1989.  Since 2003, she has been an Assistant Professor of General Music at Ball State, where she is the music director at Burris Laboratory School.  She is also the Director of Music at Bradley United Methodist Church in Greenfield.
The Greenfield Community Choir is celebrating its fortieth year.  The choir was first under the direction of the late Charles Wright.  The choir has four major concerts and performs at other community events.  A Gospel Concert, October 19 at Bradley United Methodist Church is the next concert.  A Christmas concert at St Michaels Catholic Church is December 8.
For more information on joining, supporting, or attending a concert see the website, http://www.greenfieldcommunitychoir.com .