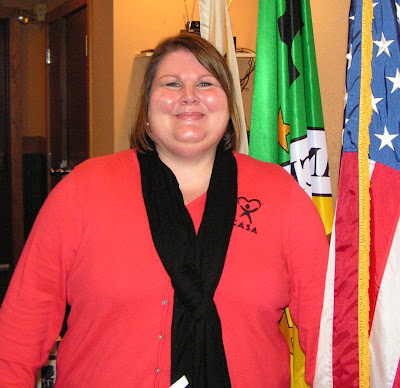 Annette Craycraft, Executive Director of East Central Indiana CASA, spoke to Kiwanis about the children served by CASA volunteers.   CASA is an abbreviation for Court Appointed Special Advocates.  It is a not for profit, 501c3 organization that was started in Indiana about 1988 following a successful start in Seattle, Washington in 1976.  The agency serves children who have been abused or neglected and are under court supervision.  It does work with juvenile delinquents.


CASA serves Madison, Henry and Hancock counties.  The main office is in Anderson and a satellite office is in the Memorial Building in Greenfield.  The rate of poverty in a community is an indicator of the number of cases that might be seen.  The state average for the poverty rate is about 14%, Madison County is about 26%, and Hancock County is below the state average with 6.3%.


Volunteers are expected to stay with a child for the life of the child’s court case.  The length of a typical case may be 12 to 13 months.  Each volunteer is expected to visit their assigned child at least once per month.  The volunteer may need to spend more time at the beginning of the case.  A maximum of 3 cases is allowed.


Volunteers must undergo an extensive background check and interview process before attending training classes.  The next training session is February 28 in Greenfield.  If you are interested in volunteering or have questions visit www.eastcentralcasa.org or email eastcentralcasa@yahoo.com .
Posted by Greenfield Kiwanis at 5:02 PM No comments: 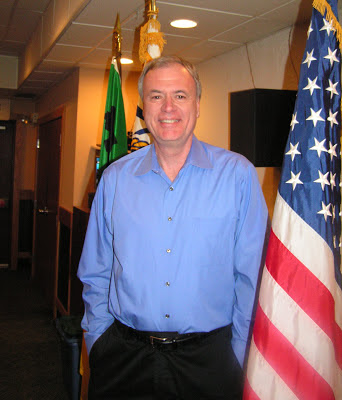 The Kiwanians enjoyed the spontaneous humor and educational presentation of Randy Ollis, WISH-TV, Channel 8 Meteorologist, on Tuesday night.  Ollis, a native of Elgin, Illinois, graduated from Northern Illinois University where he received a Bachelor of Science Degree in Meteorology.  He spent time in Oklahoma City, Oklahoma; Dayton, Ohio; and Wausau, Wisconsin before arriving in Indianapolis in 1984.
Ollis told of his tracking high and low temperatures, measuring rain, and watching clouds as a youth in Elgin.  He knew he wanted to be involved in weather.  He believes that God has a plan for every person’s life and that he was supposed to be a weatherman.
In order to be on the air at 5:00 a.m., Ollis said he goes to bed between 6:30 and 7:30 at night, gets up at 2:15 a.m., and arrives at the station by 3:15 a.m.  He said he has never overslept.
Ollis gave an informative and interesting presentation about weather including tornadoes.  The differing types of weather maps and tracking technologies was explained along with meteorological explanations of how tornadoes form.  Ollis mentioned that flood kill more people than any other weather event.
Ollis and his wife of 32 years have four daughters and one granddaughter.  He can be seen on Channel 8 on the morning and noon news.

Posted by Greenfield Kiwanis at 6:01 PM No comments: 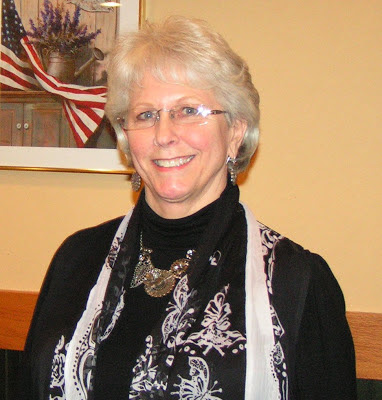 Sharon Harper, a member of the Greenfield Kiwanis described her activities and problems on September 11, 2001 when she was in New York, the day of the terrorist attacks on New York.  Sharon had been in Manhattan with 7 friends and relatives to see her nephew who was in the Broadway play “42nd Street”.
Sharon and her friends had arrived in Manhattan on Friday, September 7.  Six of the group left for home, September 9.  Sharon and her friend Sherry had decided to stay and fly home on Tuesday, September 11.  On Monday, September 10 they had dinner at an open air café at the base of the World Trade Center and shopped in the mall in the lower levels of the twin towers. Around 7 a.m. on Tuesday morning Sharon and Sherry left for LaGuardia to catch their 10 a.m. flight.  At 8:46 a.m. the first flight struck the World Trade Center.  Sharon learned of the attack when she received a cell phone call from her daughter checking on her welfare.
The remainder of the day was spent evacuating the airport, making friends with strangers, locating a new hotel on Long Island, and trying to find a way home.  Sharon Harper was impressed by the need to get home and the divine provision that allowed her to do be safe and arrive home safely. The airport was evacuated and everyone was ordered to leave. A man in line for a taxi offered to guide the two women and another traveler to a hotel near his Long Island home.  They got the last hotel room in Long Island because of the kindness of this complete stranger.  While this was happening Sharon’s son-in-law had already left for New York in his truck.  The kindness of a taxi dispatcher helped them get to New Jersey where they met Sharon’s son-in-law and made it home.

Posted by Greenfield Kiwanis at 5:58 PM No comments:

Denise Arland, Executive Director of Families United for Support and Encouragement (FUSE), told Kiwanis about the organization she and twelve others founded in 1996.  FUSE is a support and resource group for Indiana families raising children with special needs.
FUSE provides education, training, and support to families at their meetings and through referral to other agencies.  FUSE primarily serves Hancock County families and recently expanded to Shelby county.
FUSE can provide information to interested families about developmental activities for young children, health care financing, and transition from school to post school adults.
Support for FUSE activities comes from direct contributions and their fundraising activities which include the Taste of Hancock County and Strike a Difference Bowlathon.   Further information on FUSE is available at their website www.fuseinc.org or at their e-mail address info@fuseinc.org.
Posted by Greenfield Kiwanis at 6:02 PM No comments: