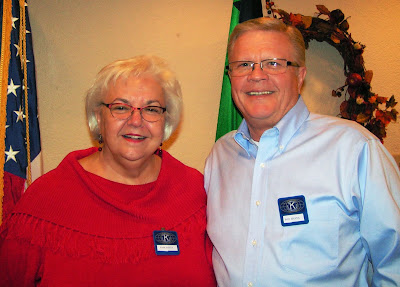 Phil and Pam Hayes introduced themselves to the Kiwanis Club in the Meet Your Kiwanian feature, Tuesday, November 26.  With the exception of a short period of time both are lifelong residents of Hancock County.  Phil started dating Pam when they were in high school.   He went to Purdue.  Phil and Pam were married while he was at Purdue.  He was employed by Naval Avionics and later was employed by Raytheon when they took over the facility.  Phil was a member of the board of Hancock Telecom.
Pam attended Ball State and later graduated from Beauty School.   Phil and Pam had one son.  In the 1990’s Pam decided to return to school and both she and her son graduated from college in 1996.  She received her degree from University of Indianapolis and her son from Purdue.  Pam is a member of the Board of the Hancock County Community Foundation.
Phil and Pam are members of the Willow Branch United Methodist Church and have two granddaughters.
Posted by Greenfield Kiwanis at 5:40 PM No comments: 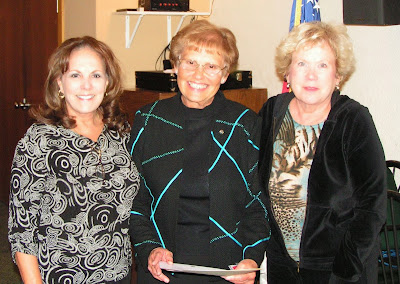 Posted by Greenfield Kiwanis at 5:32 PM No comments:

Christmas at the Riley Home 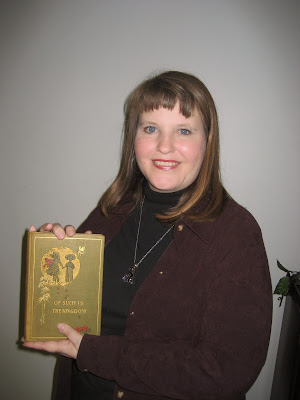 Brigette Jones, hostess from the Riley Home, told Kiwanis about “Christmas at the Riley Home”, a special program Saturday, December 7 from 4 to 8 p.m.  The program features characters from James Whitcomb Riley’s poems including, "Little Orphant Annie," "The Raggedy Man," "Aunt Mary" and "The Hired Girl".
"Christmas at the Riley Home" will be Saturday, December 7, 2013 from 4-8 p.m. Tours are scheduled every half hour with the first tour beginning at 4 p.m. and the last tour beginning at 8 p.m. Reservations are REQUIRED! – as there is limited availability within each tour – and the spaces do fill up quickly. Admission is $4.00 for adults and $1.50 for children 17 and under. Reservations are made by calling the Greenfield Parks and Recreation Department at 317-477-4340.
Posted by Greenfield Kiwanis at 5:24 PM No comments: 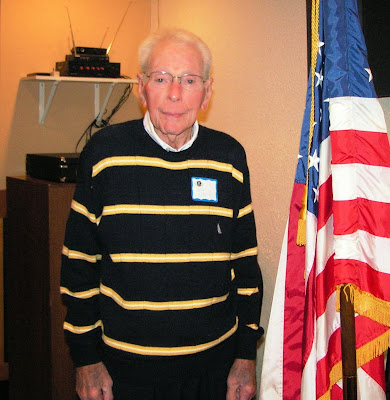 Bill Stroud, a pilot and 2nd Lieutenant during World War II spoke to Kiwanis on Tuesday night about his experiences in the war.   Stroud, a retired insurance representative, told of his enlistment in the Army Air Corp in February of 1942.  He was placed on inactive status until January 1943 when he was activated.
Stroud’s flight training took place in Ocala, Florida.  His primary training was in a PT17.  After 7 hours in the PT17, he soloed.  The basic training followed in a PT13.  Advanced training took place in an AT6.  At the conclusion of this training he received his wings and a commission as a 2nd Lieutenant.  Combat training took place in Tucson Arizona.  At the completion of his training he was sent to Fort Dix, New Jersey and sent to an RAF air base in Norwich, England.
In December, 1944, 2nd Lt. Stroud flew his first bombing mission into Germany.  He flew 11 more missions before Germany surrendered in 1945.   During questions Stroud stated that he had about 400 hours of flight time before his first mission.  He also stated that his bomber was equipped with the Norden bomb sight that had been built in Indianapolis.