Emily Nickels, a 500 Festival Princess for 2014, told Kiwanians about her experiences and observations.  The 2014 Princesses serve as ambassadors of the 500 Festival, the 2014 Indianapolis 500 and their hometowns.  The princesses represent and participate at 500 Festival events and programs throughout the month of May.  In addition, the 33 princesses are involved with statewide outreach programs by organizing and facilitating numerous volunteer opportunities.  The 33 Princesses also receive professional development training, including networking and public speaking/presentation opportunities.

The 500 Festival interviewed 230 applicants from across the state of Indiana on Saturday, Jan. 25, narrowing the selection to 66 women. The judges then conducted a second-round interviews on Saturday, Feb. 8, selecting the final 33 to serve as ambassadors.

Since being selected, she has participated in several service projects.  At the YMCA she excited a young Muncie boy by giving him a small toy car.  At another a young girl wanted to give Emily her princess dresses.    In addition Emily participated in activities at Kids Day, Community Day, Breakfast at the Brickyard, the Memorial Service, and Volunteer Appreciation Day. She appeared in the 500 Festival Parade, attended the Snake Pit Ball, and was driven around the track on race day at the Indianapolis 500.

Emily is a 2011 graduate of Greenfield Central High School and currently is a Senior at Ball State University where she is studying Public Relations and Marketing.
Posted by Greenfield Kiwanis at 5:38 PM No comments: 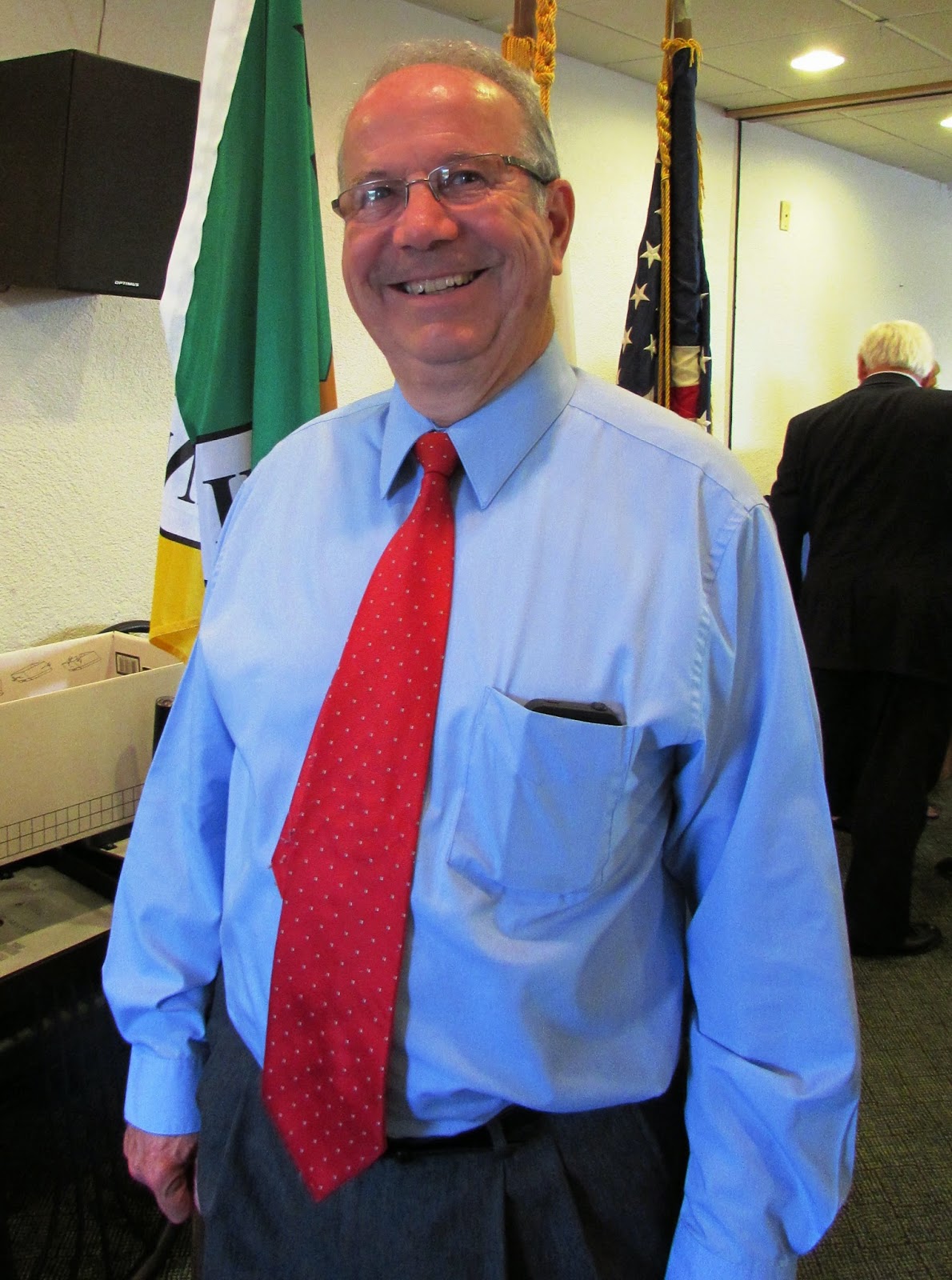 Steve Burt fellow Kiwanian will be retiring from an education career that began in 1975 at Hartford City and is conluding with  35 years as Principal of Weston Elementary School.  Mr. Burt has been named a Distinguished Hoosier  by Governor Mike Pence and the Greenfield Central School Board recently dedicated the library at Weston as the Steve Burt Library.  Good Job Mr. Burt, Thanks.

Posted by Greenfield Kiwanis at 5:46 PM No comments: 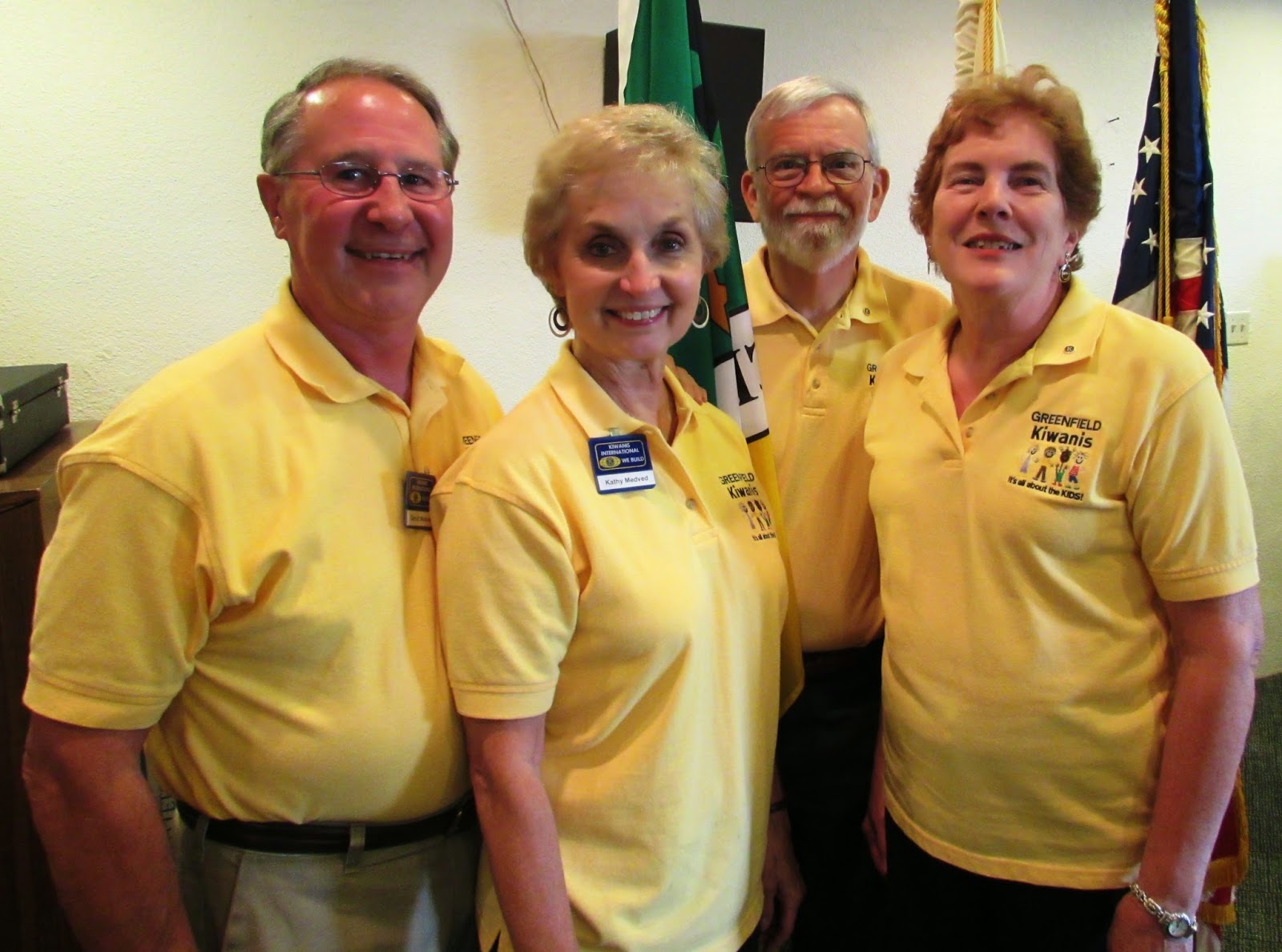 Sixteen prospective Kiwanians learned about membership in the club from membership committee members Dave and Kathy Medved and Reed and Jan Tarwater.
Posted by Greenfield Kiwanis at 5:38 PM No comments: 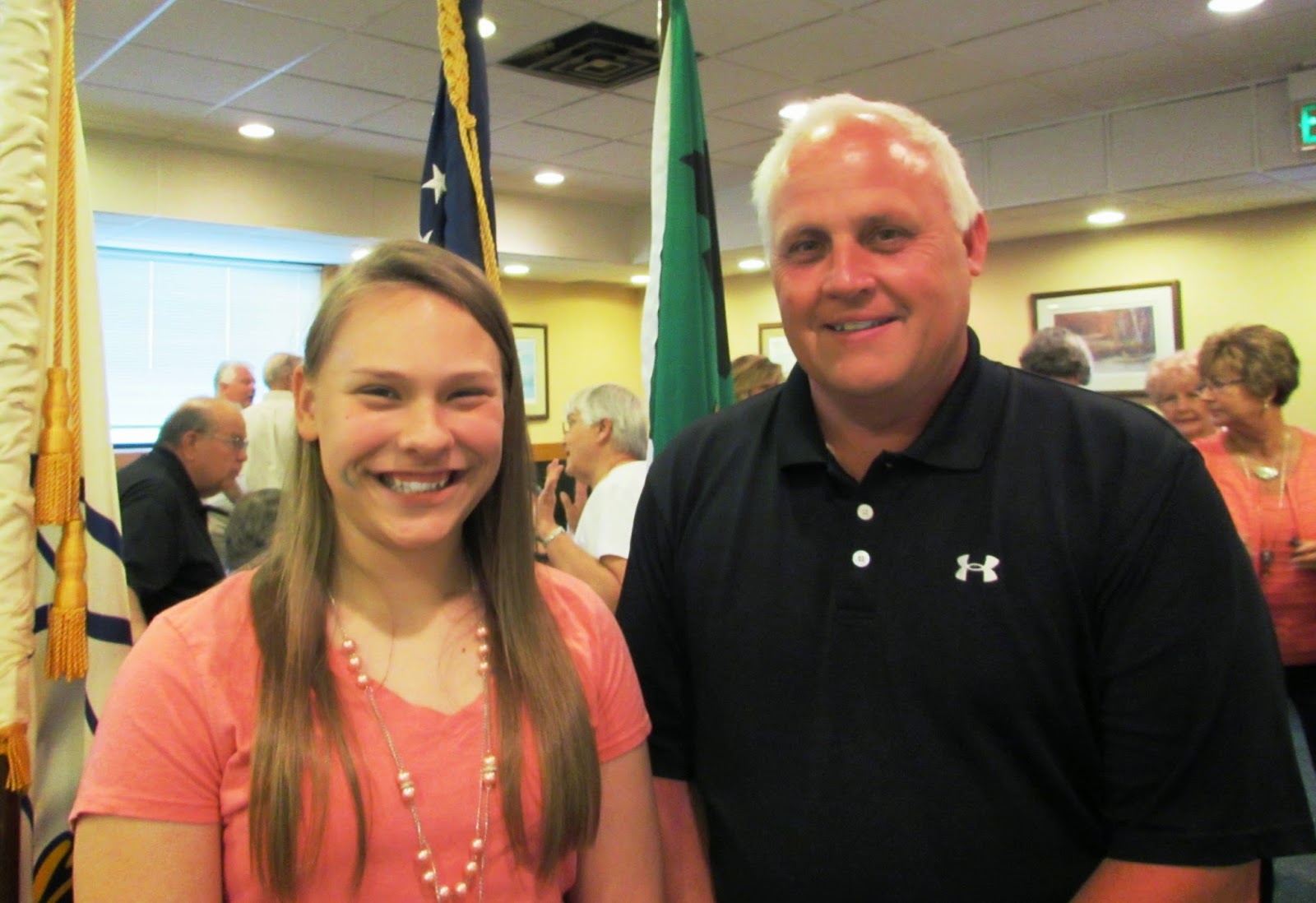 Greenfield Central Junior High Builder's Club incoming president Esther Michael presented the club's report to Kiwanis on Tuesday.  The Builders Club is one of four youth clubs sponsored by the Greenfield Kiwanis.  Esther related that club collected over 2000 cans of food for the food drive, decorated a bus for the Christmas parade, organized a Valentines Day Dance, and raised money for local charities. Doug Apple, faculty adviser for the club for the past thirteen years was praised by club members for his service to Builder's Club and as a teacher in the school system.  Mr. Apple will be retiring at the end of this year.
Posted by Greenfield Kiwanis at 5:08 PM No comments:

Daniel LaBore and James Colter spoke to Kiwanis about the Greenfield Junior States of America chapter.  The mission of the Junior State of America is to strengthen American democracy by educating and preparing high school students for life-long involvement and responsible leadership in a democratic society.
In the student-run Junior State and at JSA summer schools and summer institutes, participants learn statesmanship as they engage in political discourse. They cultivate democratic leadership skills, challenge one another to think critically, advocate their own opinions, develop respect for opposing views and learn to rise above self-interest to promote the public good.
Greenfield has 20 students in its chapter.   Daniel LaBore is a senior and past president of the chapter.  James Colter is a sophomore and incoming president of the chapter.
Posted by Greenfield Kiwanis at 6:36 PM No comments: