Joe Skvarenia, Hancock County Historian informed the Kiwanis membership about our county history the Kiwanis role in some of the major events.

In 2016, the Indiana Historical Society and the Indiana Historical Bureau reappointed local history expert Joe Skvarenina as Hancock County historian.  Skvarenina of Greenfield, who began serving in the position in 1991, will serve another four-year term.As a volunteer, the county historian serves as an ambassador and collaborator with different groups and acts as an educator about county history.In 2015, Skvarenina received the Herbert Hawkins Award from the Indiana Historical Society for his contributions to the preservation of local history.
Skvarenina told of the spoke about the 1828 election, construction of the National Road, James Whitrcomb Riley, Will Vawter, and Leo Harris.  In 1924, the Greenfield Kiwanis Club provided the leadership to create the city's first public park, Riley Park.  In subsequent years the Kiwanis Club provided the leadership and volunteers to improve the Park.Skvarenina writes a weekly column for the Daily Reporter, sponsored by NineStar Connect, and hosts a history program for the utility provider’s cable network. He has written several books on county history.
Posted by Greenfield Kiwanis at 12:24 PM No comments:

The Hope House provides living space and beds to up to 35 clients at a time.  This can be 15 males and 20 women and children,  Clients are screened to assure that they have no felony backgrounds that could pose a safety to risk to any of the  other clients, they must be alcohol and drug free, and they must be willing to work at the shelter while seeking employment outside the shelter.

Cindy Huff spoke of her personal experiences at the shelter.

Angie Lyon, Retail Manager of the Wearhouse told of how the donations of clothes, shoes, linens, household hard goods, furniture and other items sold in the store supports the homeless program. The thrift store is an important funding resource and is presently covering 55% of the homeless program operating costs.
For more information on Hope House see hancockhopehouse.org or call Andrea Mallory at
(317) 467-4991.
Posted by Greenfield Kiwanis at 5:12 PM No comments: 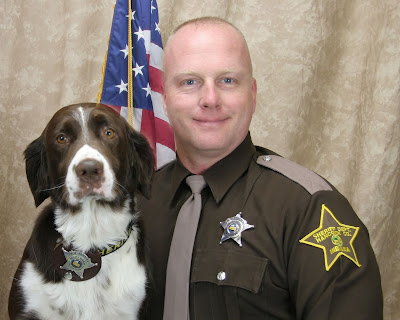 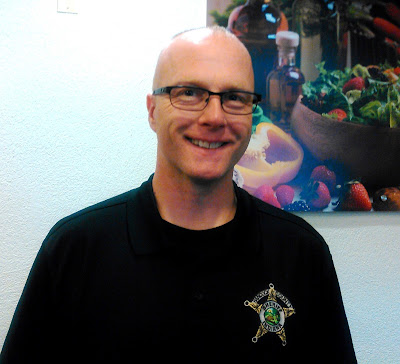 Nick Ernstes with the Hancock County Sheriff's Department told Kiwanis about the criminal interdiction joint task force that helps remove criminals and criminal activity from Central Indiana.  The Pro Active Criminal Enforcement (PACE) group patrols interstates and areas surrounding them looking for traffic violations that sometimes indicate criminal activity.  Deputy Ernstes worked 2,500 cases in the past 20 years.  His partner is a dog trained to find drugs.
In many cases the drivers of the vehicles do own the vehicle or the contents.  Regardless they are in possession of the contents.   In many cases bags of drugs and cash are hidden in different sections of the vehicle and detected by the dog.  In addition to drugs credit card skimming operations are also targeted by the PACE group,
The group is funded by the forfeitures of cash and personal property seized in the arrests.  The group cooperates with Homeland Security and the Secret Service.

Posted by Greenfield Kiwanis at 5:19 PM No comments: 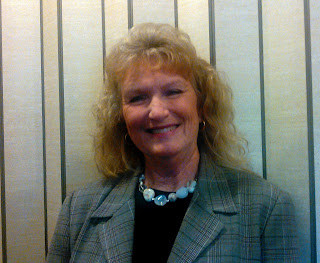 Pam Johnson, told Kiwanis about Hancock County Children's Theater.    The theater which serves the four school systems in Hancock County has been in existence since 1987. Jack Rhoades was the first director.   Pam Johnson has been Director of the theater since 1996 and served as Musical director from 1992 -1996.
125 to 150 children participate each year along with adult volunteers and alumni workers.  Nearly 1500 people attend the June performances.   The children perform, build sets, design programs and  shirts,  and design the publicity posters.
In 2003 due to school funding cuts the Children's Theater became dependent on contributions from private clubs and individuals to pay for this one month local children's program.  This year the play will be Lucky, Luck Hudson.  It will be performed June 29 and June 30 at Greenfield-Central High Auditorium,  Anyone interested in contributing financial support can mail their checks to Hancock County Children's Theater, 1339 Greenhills Rd, Greenfield, Indian.a 46140
Posted by Greenfield Kiwanis at 4:55 PM No comments: