Eric and Molly Belling, Peyton's Promise Founders, and Peyton Belling's parents spoke to Kiwanis about Peyton's promise. They founded Peyton’s Promise, Inc., to honor and remember our son, Peyton Daniel Belling. While it is not possible to sum up Peyton’s life in words, he was our wonderfully energetic, deeply caring, 3½-year old boy who loved his family, Thomas the Train and the color orange. Peyton’s life here was greatly shortened by childhood cancer and Peyton’s Promise, Inc. was founded with the specific goal of utilizing donated proceeds for meaningful purposes that provide comfort and support to families going through difficult situations.

Peyton Daniel Belling was born on September 20, 2011. He had a strong personality with many little quirks. Even at a young age he knew what he wanted, set out to get it, and rarely changed his mind.On January 7, 2015, Peyton was diagnosed with Acute Lymphoblastic Leukemia. After a week of treatment, he returned home until he became worse and eventually was admitted to Riley Hospital.  On February 25, 2015 Peyton took his last breath.

Eric Belling said, "It is a strange feeling to leave the hospital without your child."  The grief process for families who have that feeling is one that can be helped with things and processes that Riley Hospital has developed.  One of the first things they funded was a memory box that hand or foot casts from the child could be preserved in.  The hospital had run out of money to purchase the boxes and was sending the casts home in towels.  Peyton's Promise first fundraiser gave money to buy the memory boxes.  Additional fundraisers have purchased bereavement books that help parents, siblings, or other relative  deal with grief; the Hope and Healing program at Riley; and Art and Music Therapy programs.   The current project is an app for the phone which would allow 24x7 support for grieving families.

The 5th Annual Golf Outing is June 1 at Arrowhead Golf Course.  A luncheon is available to non-golfers preceding the golf at 11 am with a shotgun start at 1pm.  To sponsor a team or the event or register for the lunch go to https://www.peytonspromiseinc.org/gol.


Michael Reeves, President of the Greenfield Soccer Club Board of Directors spoke to Kiwanis about the Club.  The Club officially started in 1992 and is a part of the international soccer program goverened by FIFA and the US Soccer organizations.  Locally Greenfield Soccer has 700 recreational (rec) players in the Spring and 500 in the Fall.  In addition  there are 250 club travel players and 60 academy players.  These programs cover 2 1/2 years of age to 18 years of age.  There is even an adult league.

The club is also sponsor of a Summer Youth Soccer Camp for children aged 5 to 14 for both boys and girls.  The club also includes a Futsal program; TOP Soccer which is an outreach program for those who are differently abled, Father Daughter Soccer, and Trunk or Treat at Halloween,

The Soccer Club has an economic impact with 3,000 spectators attending soccer games on Saturday with many of those from other communities to view travel games.,

For more information on Soccer in Greenfield see https://www.greenfieldsoccer.org/
Posted by Greenfield Kiwanis at 1:12 PM No comments:


Posted by Greenfield Kiwanis at 12:53 PM No comments:

Hancock County Sheriff Brad Burkhart spoke to Kiwanis about the current plans to build a new jail. His presentation focused on his three most often asked questions:
The current jail was build with a capacity of 157 inmates,  Model jail populations are modeled on an 80% capacity giving a model capacity of  about 126.  Currently the jail has 243 inmates.  Additionally we have 51 inmates house in LaGrange and Davies counties and 72 inmates in the Community Corrections facility.

A new jail must be built to alleviate overcrowding,

The current plan is to build a jail at the northwest corner of the former county farm site east of Jaycie Phelps Road,  The facility would be built with a pod structure capable of doubling capacity in the future.  Initially the capacity would be 440 inmates.  The county hopes to break ground in September of 2019 and occupy the facility in  December of 2020.


Posted by Greenfield Kiwanis at 5:22 PM No comments: 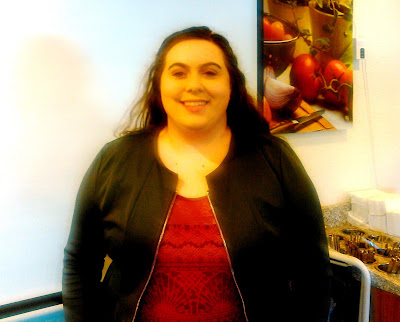 Clara Starkey, a Financial Advisor with Edward Jones in Greenfield spoke to Kiwanis about the current investing environment. Using the Jone monthly magazine as a guide we learned the 5 Reasons for Optimism, the Steps to Stay on Track Toward your Goals, The Power of Three and With Kids and Money, School's Always in Session.

Clara was a member of the Key Club while in High School at Greenfield-Central and a member of Circle K while in college.  She served in leadership in both clubs.  She became a financial adviser when she realized she had a God given gift to understand financial numbers help other understand those numbers.

For further information on Edward Jones and their services you may contact her at clara,starkey@edwardjones.com or call her at 317.462.7077.

Posted by Greenfield Kiwanis at 5:09 PM No comments: 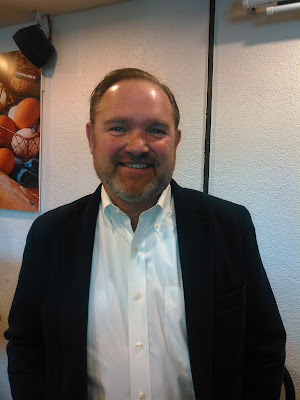 Kurt Vetters, Greenfield resident and author, spoke to Kiwanis about his two books.  His first book, Confedeate Winter tells the story of a true-life family caught up in this grand adventure. The Federals conscript John Sweeney, the father, in late 1863 as General Sherman prepares his march on Atlanta and the sea. His son William is left in charge of the family farm, until one early fall morning.
Freedom Spring tells the story of a young African-American soldier in the American Civil War. For Jim Coffee, a fourteen-year-old slave in 1864 Alabama, life was about to turn upside down. Freedom Spring is a novel of Jim’s journey from slavery to the Union Army and freedom.Meghan Markle’s great-great-great-great grandfather, Joseph Betts, fought in the battles portrayed.Following the research of esteemed North Alabama historian and author Peggy Towns,
Vetters has traveled speaking about his books and visiting battle sites He noted that he is a supporter of Battlefield reclamation.  Many historic battle sites and graveyards are lost or in the process of being lost to development and neglect.
Kurt Vetters, a direct descendant of six Confederate veterans, former U.S. Army Captain, Civil War reenactor, husband, father and grandfather who lives in Greenfield. His books are available at Worland Cleaners, Postnet, Florida Cracker BBQ and Amazon.