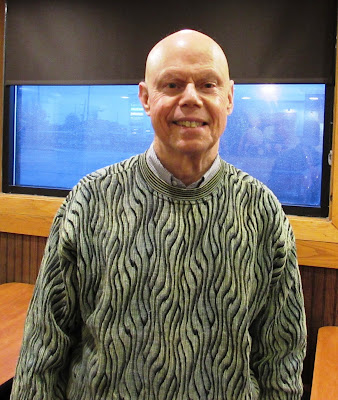 Indianapolis Indians Radio Announcer, Howard Kellman entertained the Kiwanis Club with  stories about the Indians and players.  Mr. Kellman has been broadcasting the Indians for the past 40 years,

He related information about the upcoming season including the changes to Victory Field, rules changes, and the first game, April 9 against the Toledo Mud Hens.

For more information on the Indians see https://www.milb.com/indianapolis.

Posted by Greenfield Kiwanis at 5:32 PM